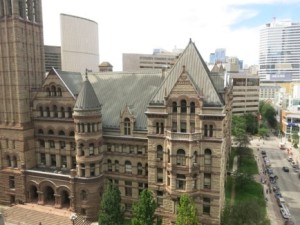 Peter Wells represented the EIUI research initiative at the Fifth Canadian Science Policy Conference on the theme “Science Next: Incubating Innovation and Ingenuity,” which was held in Toronto in November 2013. The primary messages from the sessions he attended on science policy (nuts and bolts), science and technology policy conundrums, the policy solitudes, ocean research and policy, global competitiveness, and northern issues included:

(1) The current situation for science in Canada – There is reduced spending on research and development in Canada, i.e., less science is being done. Current federal government policies on communication and information dissemination have reduced the involvement of federal scientists in policy formulation. 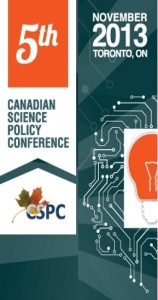 Many major Canadian science programs have had clear science-policy linkages in the past, e.g., the Experimental Lakes Area program, with its work on phosphorus, mercury, acid rain, and endocrine disrupting compounds; and oil spill research programs in the North; and acid rain control programs. Recently, many such programs have been terminated.

(2) Some challenges within science as it pertains to policy formation – Lag times occur in the production of data and information, and information may have uncertain ownership. Scientific findings need to be clearly communicated to potential users. For ocean science issues, scientific advice is needed in the public interest. In Canada, science is required for policy, and policy for science.

(3) A need to change the science-policy paradigm within government – The paradigm is oversimplified and does not represent the evolution, some say devolution, of government science in Canada. For example, in the USA for interests about the Arctic, the National Ocean Council plays a big role of identifying priority areas for science, and for scientific information to be developed and disseminated to decision makers. In Canada, the example presented was that of the Government of the Northwest Territories, where it is recognized that science is needed to underpin public policy. Clearly, in this example, the country needs a coherent set of Arctic policies, backed by strong science programs and scientific understanding.

The conference as a whole was less about the importance of science (basic and applied) in Canada and its interface with important policy formation, and more about the needs of technology and innovation for the private sector and economic development. The conference appeared to have been influenced by the current federal government’s political goals. This was truly an unfortunate development and one that hopefully will not occur at the Sixth Canadian Science Policy Conference scheduled for November 2014 in Halifax.