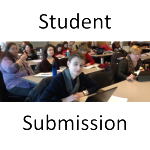 The science-policy interface is the complex intersection between science and policy, which has been explained as “a socially constructed and negotiated ‘boundary’ between two social groups; the scientific and policy communities” (Bremer & Glavociv, 2013, p.45), or as “institutional arrangements that reflect cognitive models and provide normative structures, rights, rules and procedures that define and enable the social practice of linking scientific and policy-making processes” (Koetz, Farrell, & Bridgewater, 2012, p. 2), and also as, “social processes which encompass relations between scientists and other actors in the policy process, and which allow for exchanges, co-evolution, and joint construction of knowledge with the aim of enriching decision-making” (Van den Hove, 2007, p. 807).

To understand the science-policy interface, identification of “four broad stakeholders: the state, civil society, private sector, the scientific community” (Bremer, & Glavociv, 2013, p. 40) helps to frame the motivations for different kinds of interfaces that develop. The perfect harmony of science and policy, integrating holistically for decision-making, is very complex and, “in practice, policy is formed through the intermingling of scientific knowledge, political judgement, and practical considerations… [and] the science-policy interface is turbulent, not linear, and scientific input plays only a small role” (Briggs & Knight, 2011, p. 696).

In a 2010 article published in Science, Roland Schenkel outlined several observations that can explain limitations to the effectiveness of the science-policy interface, namely:

The Nova Scotian South Shore Integrated Community Sustainability Plan (ICSP) is an example of a policy that prompts use of research. Municipalities are given access to funds (from a provincial gas tax agreement) if they develop a plan that implements sustainable initiatives. This arrangement allows municipalities to create an agenda in which they can use science to fit their policy needs. For example, if a municipality already needed a new waste management system, it would state in its application to the ICSP program that this new system is a sustainable initiative it would like to pursue and then receive funds to undertake it. The funding would entail completion of research to identify options for the waste management system. Another example relates to electrical light fixtures. It is widely accepted that Light Emitting Diode (LED) light bulbs are an environmentally friendly lighting option (EarthEasy, 2012). If a municipality needs to upgrade street light infrastructures, it can use this scientific evidence in an application for funding for its sustainable initiative policy. These examples illustrate that municipalities are financially motivated to use scientific research in the application of a policy. If scientific research supports a proposed initiative, funds can be secured from the Gas tax agreement, to accomplish public objectives that would otherwise come out of municipal budgets.

This case raises the question of whether municipal officials might manipulate scientific evidence to support an environmental remediation initiative, particularly if the municipality already intended to undertake the initiative whether external funding was available through the ICSP program or not. Might other environmental initiatives be delayed or avoided because the municipality directed funds obtained from the ICSP program to a project it had planned to pursue anyway?

The UN Framework Convention on Climate Change, UNFCCC, which is responsible for the Kyoto Protocol, relies on the scientific information assessed and prioritized by the Intergovernmental Panel on Climate Change (IPCC) (UNFCCC, 2014). A scientific body operating under the auspices of the UN, with 195 member countries, the IPCC “reviews and assesses the most recent scientific, technical and socio-economic information produced worldwide relevant to the understanding of climate change” (IPCC, 2014). In this example, we clearly see the UNFCCC, a policy-driven organization, relying almost solely on the advice and expertise of the scientific community provided through the IPCC. From the perspective of the science-policy interface, a direct flow of information is seen and the potential for influence of science in the decisions made by policy makers globally.

Even though Canada has pulled out of the Kyoto Protocol, it continues to play a significant role with the UNFCCC and is committed to addressing climate change (Canada’s Action on Climate Change, 2014). While the science behind the policy advice was robust and most likely well delivered, politicians sometimes made policy decisions that include consideration of factors beyond science. In such instances, one could agree with Van den Hove that “[i]f science cannot provide ‘perfect’ predictions on which to make a decision, it can nevertheless contribute to a better understanding of the issues at hand, which will in turn support a richer exploration of future scenarios, narratives and policy options, as well as a more articulated justification of decisions” (Van den Hove, 2007, p.820).

Although scientific evidence can sometimes seem overwhelming to policy makers because scientific advances may entail risks, it is important to understand the various implications involved in the adoption of new technology. The science-policy interface allows for open dialogue between stakeholders, including the public. Nuclear energy is a subject that brings out conflicting ideas; the Chernobyl and Fukushima accidents stand out as examples of the danger and consequences of poorly managed nuclear energy. Nevertheless, Sweden has used nuclear power since the 1970s, even while there is still ample debate as to how to best manage the waste generated since safe and secure storage for 100,000 years is needed. SKB, the Swedish Nuclear Fuel and Waste Management company, works in conjunction with the local authorities to provide the services needed and operates with a strong commitment to transparency, accountability, and listening to the wishes of the citizens (through public opinion and the voices of the elected).

Schenkel states that public engagement with all stakeholders on sensitive scientific issues is the key to success (Schenkel, 2011). SKB demonstrates its commitment to open dialogue and communication through its website. For example, in a recent review, the application process was fully detailed for review and it clearly stated that “SKB’s applications for permission to build the Spent Fuel Repository at Forsmark and an encapsulation plant in Oskarshamn are now with the authorities. The review will take several years. The final decision will be taken by the Government, but not before the municipalities concerned have said yes or no” (SKB, 2011). What stands out in this case is an understanding that the science-policy interface is a social process that encompasses relations between scientists and other actors in the policy process, which allow for exchanges, co-evolution, and joint construction of knowledge with the aim of enriching decision making (Van den Hove, 2007).

Svensk Kärnbränslehantering AK, SKB. (2011). How the applications are reviewed. Retrieved from http://www.skb.se/Templates/Standard____33926.aspx