The EIUI research team launched the new volume, Science, Information, and Policy Interface for Effective Coastal and Ocean Management, on 6 June 2016 at Dalhousie University. Edited by Bertrum H. MacDonald, Suzuette S. Soomai, Elizabeth M. De Santo, and Peter G. Wells, this timely volume was published by CRC Press (division of Taylor & Francis). The book brings together an international group of over thirty authors who examined the role that scientific information plays in policy and decision-making for the management of the world’s coasts and oceans.

EIUI and Dalhousie University’s new MacEachen Institute for Public Policy & Governance jointly hosted the book launch, which featured a panel discussion entitled, Oceans of Information: Charting Courses between Science and Policy. A large audience attended the event, including several contributing authors of the new book, Dalhousie University faculty and graduate students, government scientists and managers, researchers and managers from twelve countries participating in the International Oceans Institute’s 2016 program on Ocean Governance: Policy, Law and Management, and other interested groups based in Nova Scotia.

Bertrum MacDonald introduced the book to the audience and explained its inception. He briefly described the contents and the expected benefits with regard to information use in coastal and ocean management. As Bertrum noted: “While essential, information has remained largely ‘under the radar’ of efforts to understand the rather complex decision making processes at the science-policy interface. This is a significant problem, which our book aims to address.” This book provides an extensive overview of key topics essential for understanding the communication of scientific information in coastal and ocean management. The book is designed for policy and decision makers and practitioners alike, in addition to researchers, students, and other interested readers. 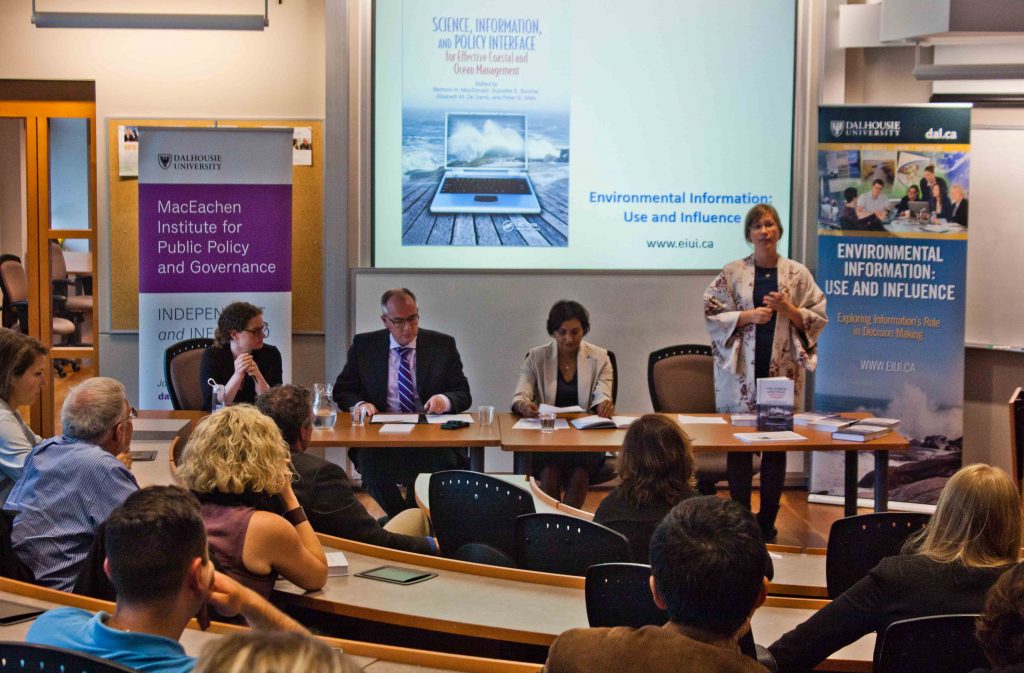 The panelists addressed a common view by practitioners and researchers, underscored in the new book, that information use is implicit in ocean and coastal management and it is often regarded as “invisible” in these processes. The panelists also described characteristics of the science-policy interface that were addressed in their contributions to the volume. The discussion concluded with their views on how the book can help to strengthen the use of scientific information in decision-making both in Canada and around the world. 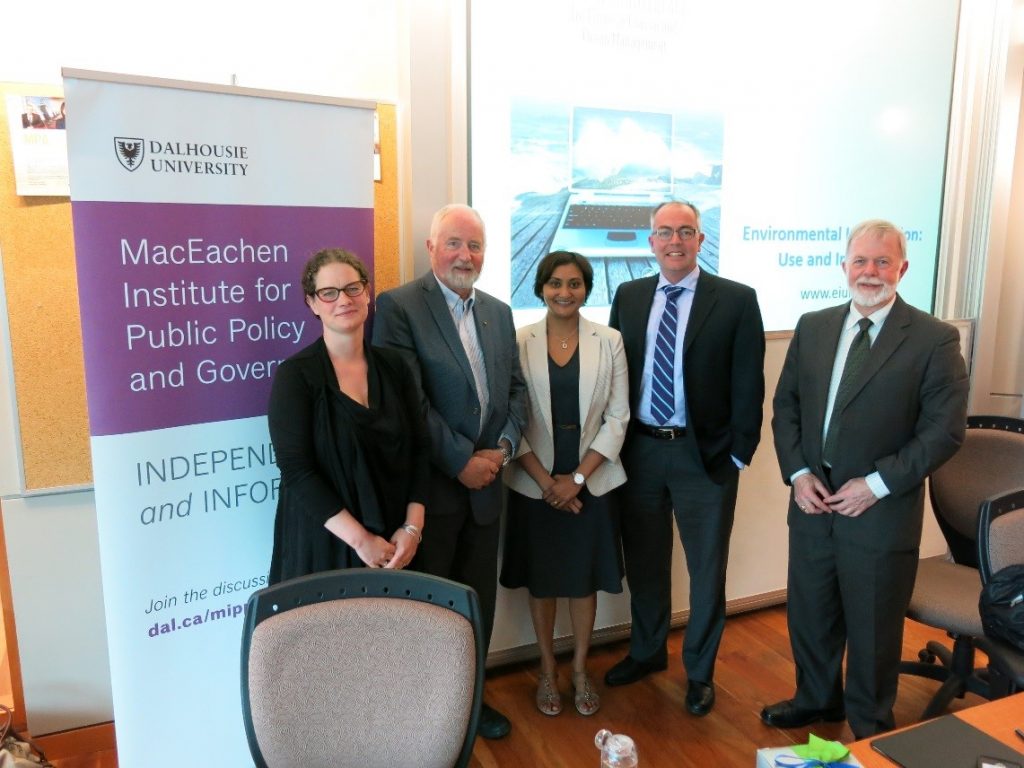 This new book is available for purchase from the publisher. Further details, including the table of contents, are outlined in this flyer.