By GlacierNPS, via Wikimedia Commons

An editorial in the latest issue of the Proceedings of the Nova Scotian Institute of Science (PNSIS) calls for a debate about the role of citizen science in environmental initiatives in Canada (Wells & Richardson, 2015). “Citizen science” refers to the collection and analysis of data by amateur or nonprofessional scientists. Environmental monitoring programs initiated by the Canadian federal government have been drastically scaled back in recent years, leading to the loss of valuable information needed by program managers and policymakers. In many cases, citizen science activities, which traditionally assumed an auxiliary role, are now a primary means by which environmental monitoring data are being collected in Canada.

Although citizen science in a supportive capacity can largely be considered positive, wholesale reliance on so-called amateur scientists raises a number of pressing issues, including the reliability of the data collected, the quality of data management and retention programs, the accuracy of reports produced using citizen science data, and the stability of funding support mechanisms for citizen science ventures. In short: “is this trend towards citizen science good for the country” (Wells & Richardson, 2015)?

While the concept and practice of citizen science is not new, recent technological advancements have buoyed the potential for citizens to become conduits for data collection. Part of the excitement is driven by the idea of “crowd-sourced” science that is capable of collecting or analyzing data on a massive scale (Bonney et al., 2014). For example, sensor-equipped wearable technologies are currently being used to collect data about air quality and pollution, effectively allowing scientists to generate crowd-sourced pollution maps worldwide. Ocean Networks Canada, a research-based non-governmental organization (NGO), uses gamification techniques to crowd-source the task of analyzing the countless hours of video captured by its subsea sensors. Despite the obvious advantages, some in the scientific community remain skeptical of such citizen science. 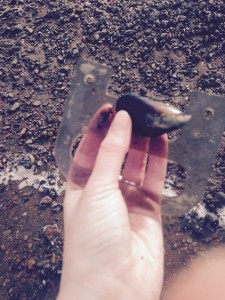 A recent editorial in Nature suggests that the collection and analysis of data by citizen scientists requires careful scrutiny (“Rise of the citizen scientist,” 2015). The absence of formal training and expertise, for example, can lead to inaccuracies in the identification of biota, e.g., birds and plants. Additionally, it must also be considered that members of the “engaged public,” i.e., those willing to invest time and effort into citizen science, may have ulterior, possibly political, agendas. Bonney et al. (2014) argue that expert oversight and the development of tools with embedded verification measures can help to overcome many of the pitfalls associated with citizen science and that the potential positives outweigh the negatives. Their view of science as a multi-actor system that is enhanced by the inclusion of both professional and citizen scientists is similarly espoused by Wells and Richardson (2015).

Returning to the state of environmental monitoring in Canada: citizen science is not enough on its own and a balance is needed between citizen and government science. Citizen science can play a vital role in augmenting government programs; however, it cannot, and should not, be expected to replace them. A cooperative effort among government scientists, NGOs (citizen scientists), and academic research institutions around environmental monitoring initiatives is needed to counteract the detrimental effects of funding cut-backs and to ensure that environmental science in Canada does not remain in a state of decline. With the new Canadian federal government (elected 19 October 2015) promising to reinstate the $40 million cut from the federal government’s ocean science and monitoring programs, perhaps the tides are beginning to shift in the right direction.

The full editorial by Wells and Richardson (2015) can be read on the PNSIS website.