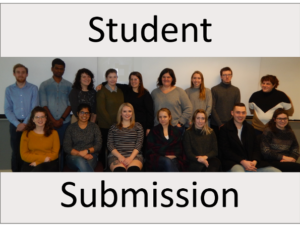 In its most linear form, the science-policy interface exists as a “two-world” model where data and facts are generated by researchers to be taken up and used by decision makers as instruments to aid in finding an optimal policy solution (Adelle et al., 2019; Hoppe, 2005). However, the reality of the science-policy interface is often far more complicated and nebulous. Hoppe (2005) explains that evidence plays a very complex role in informing policy. He notes that “research outputs have an indirect and unintended impact on policy through conceptual use, enlightenment, knowledge creep, or research as ideas.” This diffuse and tortuous influence of research and knowledge is further complicated by the difficulty of achieving efficient and effective communication between diverse actors. Gluckman (2018) identifies numerous entities that exist in the “science advisory ecosystem,” such as academic institutions, government employed scientists, independent think tanks, and government advisory boards. Beyond these formal elements, important informal mediators also influence the science-policy interface, most importantly the public, non-governmental organizations, and the media (MacDonald et al., 2016). Information can arise from multiple sources, move at different speeds, and travel in complex patterns among actors. Particular knowledge may be inadequately or ineffectively communicated, poorly suited for the intended audience, or arrive at the wrong time, rendering evidence un- or underutilized (MacDonald et al., 2016). These persistent challenges have led to significant scholarship to understand better the processes, actors, behaviours, and organizational practices that mediate both the production and application of evidence at the science-policy interface. MacDonald et al. (2016) frame the communication of evidence across the science-policy interface in terms of barriers and enablers, practices that can either complicate or enhance communication of information between researchers and decision-makers. We use this framework here to discuss some of the barriers that exists and describe examples of enablers that help to facilitate knowledge exchange at the science-policy interface.

Barriers at the science-policy interface

Within the sciences, communication barriers, differing lexicons, and knowledge models impede information exchange and collaboration, making transdisciplinary research efforts difficult. The traditional pattern of siloed research leads to fragmented understanding of natural systems without consideration of social sciences or the humanities (Gluckman, 2018). Further, researchers often feel compelled to produce science that contributes to a body of knowledge rather than address a particular policy question (MacDonald et al., 2016). These factors contribute to the production of an abundance of research that is not directly relevant to governance and policy development, leaving policy actors to navigate through a sea of evidence, sometimes contradictory in nature (Girling & Gibbs, 2019; Walgrave & Dejaeghere, 2017). In the face of an overabundance of research from disparate fields, policy makers must choose evidence that is appropriate to the issue while balancing public interest, NGOs, and political pressures.

Uncertainty exists in all research and can be attributable to a range of causes, from natural variability to limitations of research methodologies. However, Meah (2017) warns that “the conceptualization of scientific uncertainty in policy-related sciences conflates a number of distinct things and this conflation has the effect of closing down different, but legitimate, perspectives.” Meah (2017) cites work by Smith and Stern (2011) to elucidate four forms of uncertainty—imprecision, ambiguity, intractability, and indeterminacy—each of which has important and distinct implications in the policy-making process. Mishandling scientific uncertainty in the science-policy context can result in either overconfidence or delayed or obstructed policy (MacDonald et al., 2016). This point is particularly relevant in climate change science, which is inherently uncertain given that it is dependent on actions currently being taken. An overemphasis on the uncertainty has eroded confidence in science that is known to be accurate, and has slowed policy development and weakened the necessary response to address mitigation actions (Meah, 2017).

Role of values in science production and policy creation

Adelle at al. (2019) draw on work by Juntti et al. (2009) to stress that evidence production, selection, and interpretation are always situated in value-laden and moral contexts, informed by particular power relations. Evidence alone cannot make policy because of the presence of social and political filters. Gluckman (2018) acknowledges the conflation of science and values and warns for the careful separation of known scientific fact and disputed community values. Science is not neutral; however, it should not be used as a proxy for value debates in the public sphere (Gluckman, 2018). This latter action contributes to the devaluing of expertise and the elevation of opinion-as-fact, e.g., the antivaccine movement.

Enablers to the science-policy interface

Capitalize on what scientists are good at

Scientists are often tasked with facilitating knowledge exchange between themselves and policymakers because they are characterized as generating knowledge and establishing problem definitions (Gluckman, 2018). As researchers, it is evident that scientists must understand the problem to be solved and seek solutions to the said problem though their research, thereby generating knowledge. However, as previously mentioned, scientists are constantly generating vast volumes of research data and information that may not always align with policymaking and the information required by policy makers. To combat this barrier, Gluckman (2018) discusses the idea of scientists fulfilling the role of a broker, where one can transmit knowledge in order to properly communicate information needed by policy makers. Science advisors inside the governmental system, who have a trusted relationship with politicians, are in the best position for this role because they understand both the needs of politicians and the capabilities of scientists. The role of the broker is important to blur the boundary between science and policy, similar to the role of boundary organizations that Adelle et al. (2019) highlighted. As Adelle et al. (2019) state, in the coproduction of knowledge, scientists are tasked with deconstructing policy problems to make them easily transferable and understandable between multiple actors.” However, scientists and policymakers often have their own agenda in the science-policy interface and can benefit from third party boundary organizations.

Adelle et al. (2019) draw attention to the idea of bringing together a plurality of knowledge sources to address a problem and build and integrate an understanding of that problem. To bring together a plurality of knowledge in order to strengthen both sides of the science-policy interface Sarkki et al., as previously mentioned, highlight the idea of boundary objects which “can be used as mediating devices by which research can help to navigate between the diverse views” (Sarkki et al., 2019, p. 3). These boundary objects have three components, the first is the structure of the object itself connects different disciplines together, they also consist of an interplay between preliminary and structured objects, and they are inherently flexible (Sarkki et al., 2019). This role exemplifies Gluckman’s (2018) broker role by alluding to how neutral parties and advocates for proper policy making bridge together seemingly opposing worlds. Additionally, Girling and Gibbs (2019) point to the importance of the Canadian Library of Parliament to Members of Parliament when searching for information, due to its structure as an organization whose purpose is to serve the information needs of parliamentarians.

By the nature of their work, policymakers are subject to information overloads from scientists, other politicians, stakeholders, and numerous other subject groups. As a result of this overload, “political decisions are rarely dependent solely on evidence and are complicated by shifting priorities [and] biases” (Girling & Gibbs, 2019, p. 7). Unfortunately, Girling and Gibbs (2019) note that many policymakers and government representatives “do not have a scientific background [making it] challenging to find and interpret research-based information, especially when it is published in academic forums” (p. 7). Additionally, scientists do not always understand the policy-making cycle, which makes it difficult to provide policymakers with the right information at the right time (Girling & Gibbs, 2019). By being informed of the policy-making cycle scientists can have a better understanding of what types of information are needed from them rather than over burdening policymakers with irrelevant and excessive information (Girling & Gibbs, 2019).  By understanding the policy-cycle, scientists will be able to provide evidential research when relevant, creating better engagement between scientists and policymakers, and helping to bridge a frequent gap between the two groups.