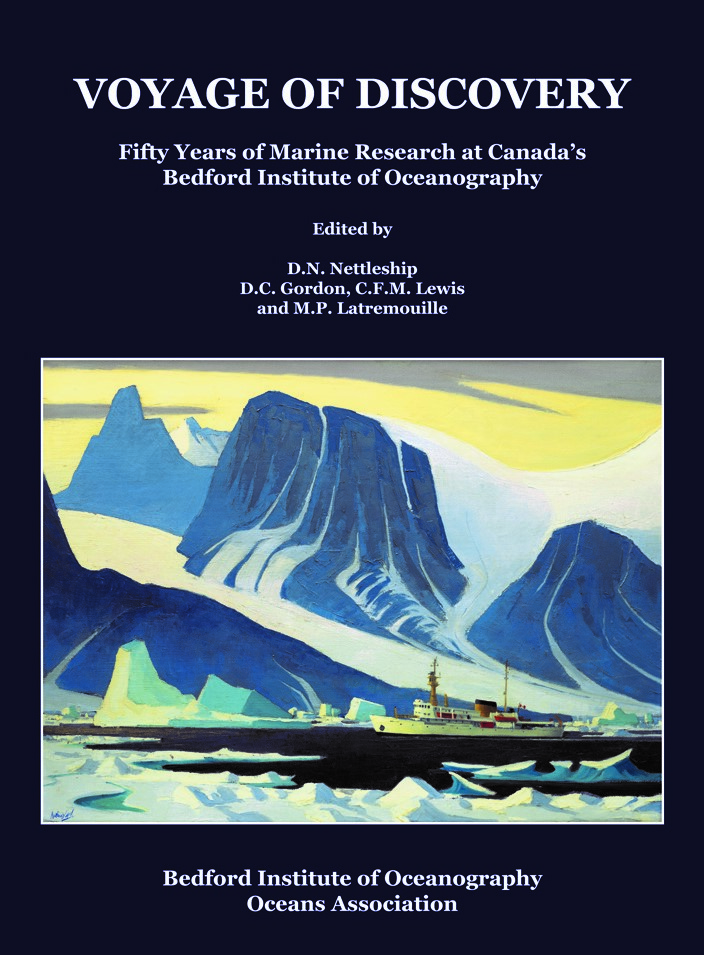 The BIO-Oceans Association announced the publication as a “major treatise reviewing the history and marine research accomplishments of Canada’s Bedford Institute of Oceanography over five decades primarily in the Atlantic and Arctic Oceans.”

Since 1962, the Bedford Institute of Oceanography based in Dartmouth, Nova Scotia, has been Canada’s premier, multidisciplinary, marine research facility, making significant contributions to increased awareness and understanding of the oceans through research published as both primary and grey literature. The Institute performs “targeted research, mandated by the Canadian government, to provide ‘peer’ reviewed advice and support to government decision making on a broad range of ocean issues, including sovereignty, safety and security, environmental protection, the health of the oceans, safe and accessible waterways, the sustainable use of natural resources (fisheries, minerals, oil & gas) and the integrated management of large ocean management areas.”

Self-published and hence grey literature, Voyage of Discovery summarizes BIO research projects on the oceanography of Arctic and Eastern Canada over the last 50 years in a series of 48 papers by past and present research staff from all oceanographic disciplines at the institute. The contributing authors are among the leading experts in a range of fields including Arctic studies, ocean circulation and chemistry, hydrography and seabed mapping, geological oceanography, ocean life, fisheries, ecosystems, and aquaculture, marine contamination and toxicology, technology and instrument development, energy development, and the Law of the Sea. This volume describes the contributions of the institute to global understanding and management of the marine environment.

Voyage of Discovery is an exemplary example of the important role that grey literature plays as a repository of historical information and in raising awareness and understanding of the oceans. The volume illustrates the role of BIO researchers, expert in their own fields, as contributors to the interdisciplinary field of oceanography over the last 50 years. Furthermore, the chapters contain an extensive list of references to scientific articles in the primary and the grey literature produced by BIO, and other marine or related organizations. Branches of four federal departments are located at BIO; two, i.e., Fisheries and Oceans Canada and Environment Canada, are partners with the Environmental Information: Use and Influence research program in research on the role of marine information in policy and decision-making.

At this time, Voyage of Discovery is available in a printed edition only. It is intended for a broad readership including oceanographers, environmental and resource managers, policy and decision makers, marine science students, and the general public interested in the state of Arctic and Atlantic oceans under Canadian jurisdiction. The book was launched at BIO on 20 November 2014.