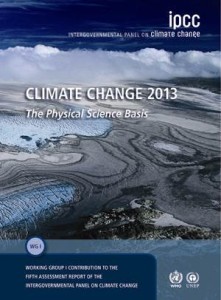 Grey literature takes centre stage in international circles today (27 September 2013) when the Intergovernmental Panel on Climate Change (IPCC) releases the first of three summaries on the state of the world’s climate, specifically written for policy makers. This summary is the first part of the IPCC’s Fifth Assessment Report, which will culminate in the full assessment to be published in October 2014. Today, the IPCC is releasing Climate Change 2013, the Physical Science Basis in Stockholm, Sweden, which will be posted on the IPCC’s website on Monday, 30 September 2013.

Since its creation in 1988 by two UN agencies and subsequently endorsed by the UN General Assembly, the IPCC has published periodic comprehensive assessments of the global risks of climate change. These major assessments, released initially through the vehicle of grey literature, have received extensive attention worldwide and have highlighted the important role grey literature can play in the communication of scientific information. The significance of climate change is thoroughly documented and rigorously assessed in the IPCC reports. Because policy and decision makers must address the serious implications of climate change, effective communication of the conclusions arising from the assessments is given a high priority by the IPCC. The Summary for Policy Makers is based on the findings of many scientists and is carefully scrutinized and approved by over 200 countries.

The IPCC, itself, “does not conduct its own research, run models or make measurements of climate or weather phenomena.” Rather, “its role is to assess the scientific, technical and socio-economic literature relevant to understanding climate change, its impacts and future risks, and options for adaptation and mitigation.” In preparing assessments, the IPCC places emphasis on the “evaluation of all cited literature and of its sources” and takes “full advantage of peer-reviewed and internationally available literature.” Grey literature figures in the latter since it can “also provide crucial information for a comprehensive assessment. Examples include reports from governments, industry and research institutions, international and other organizations, and conference proceedings. Information about certain experiences and practices in mitigation and adaptation activities in particular may be found in sources other than traditional scientific and technical journals” (IPCC, 2013).

The Summary for Policy Makers released today is the first stage in the publication of the Fifth Assessment Report. The IPCC will release Impacts, Adaptation, and Vulnerability in March next year, and the following month will publish Mitigation-Emissions Reductions. The full synthesis report will be published in October 2014. Each of these reports is bound to generate wide-spread discussion and debate, as earlier IPCC reports have. Governments that overlook these assessments will do so at their peril. Climate change matters and grey literature has proven to be an important means for conveying the conclusions of an exceptionally careful assessment of a massive body of information on the subject.