Mining the deep ocean presents significant risks, which decision makers need to consider, according to EIUI team member, Elizabeth De Santo, and co-authors in a 17 August 2020 article in The Conversation, entitled “A rush is on to mine the deep seabed, with effects on ocean life that aren’t well understood.” This article is an output from her ongoing research on Governing Biodiversity Beyond National Jurisdiction, conducted in partnership with Elizabeth Mendenhall (University of Rhode Island), Elizabeth Nyman (Texas A&M University), and Rachel Tiller (SINTEF Ocean, Norway). 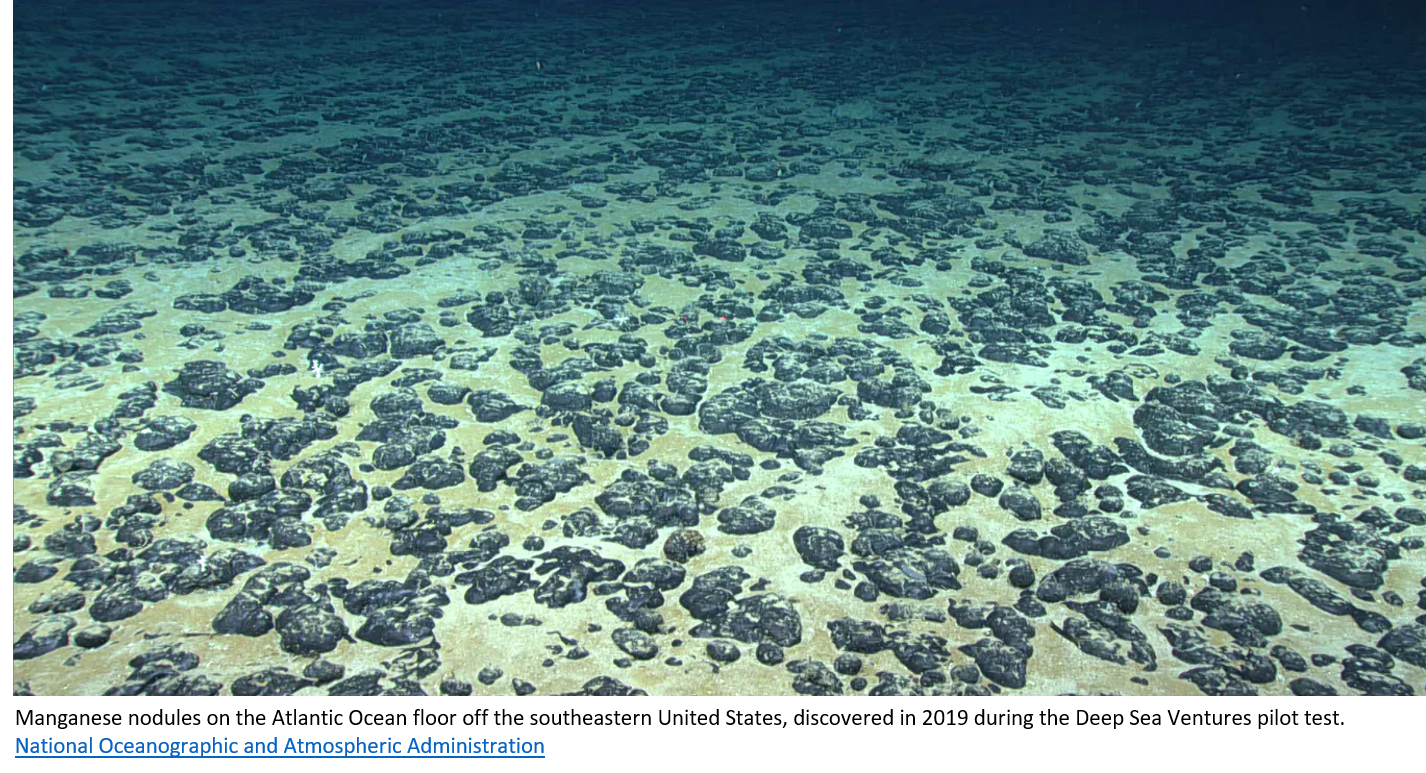 While inshore mining has been going on for some time, mining for minerals and biological components will soon commence in the oceans beyond nation states’ exclusive economic zones.  Elizabeth has been tracing the ongoing political process at the UN towards a new treaty to address the conservation and sustainable management of biodiversity in these distant regions (see this earlier blog post). In this article, Elizabeth and her co-authors argue that the insatiable desire for rare earth elements and other components used in battery-driven technology is creating a new and lucrative market that is accelerating the need for high seas mining. They outline the environmental risks posed by this activity and call for better government oversight of the International Seabed Authority (the governing body allocating leases and assessing the environmental impacts of high seas mining), while also arguing for the US to take a stronger leadership role and finally ratify the UN Convention on the Law of the Sea. Increased transparency in the process and evidence-based decision making are also critical to ensure these “out of sight, out of mind” regions, which belong to all humankind, are not lost before we fully understand and appreciate them.

De Santo, E. M., Mendenhall, E., & Nyman, E. (2020). A rush is on to mine the deep seabed, with effects on ocean life that aren’t well understood. The Conversation. Retrieved from https://theconversation.com/a-rush-is-on-to-mine-the-deep-seabed-with-effects-on-ocean-life-that-arent-well-understood-139833