In April 2017, the Bay of Fundy Ecosystem Partnership (BoFEP), a partner organization of the Environmental Information: Use and Influence (EIUI) Research Program, released the Proceedings of its last biennial science workshop that was held in Fredericton, New Brunswick on 9-11 June 2016. The Proceedings, entitled Fundy in Flux: Challenges for Science, Policy and Society, were edited by M. Janowicz et al. Two of the editors (Sarah Chamberlain and Peter Wells) are members of the EIUI research program; both played an active role in the organization and conduct of the workshop. Sarah Chamberlain also chaired a session, and other EIUI members acted as rapporteurs.

Six presentations given by EIUI members are published in the Proceedings:

The next BoFEP Bay of Fundy Science workshop will be held in Truro, NS, May 2018. Participation in the BoFEP workshops illustrates both the ongoing EIUI research associated with the Bay of Fundy and the importance of the partnership linkage with BoFEP to the overall goals of both groups. 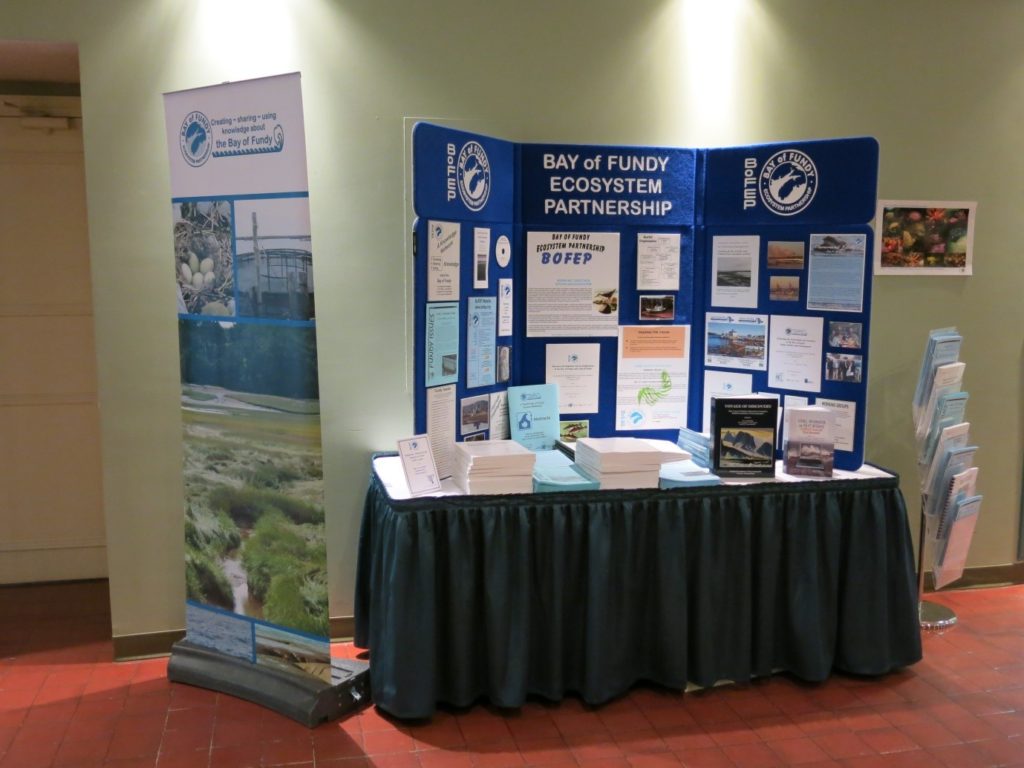