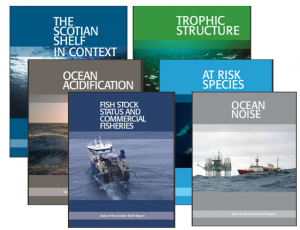 Over forty years ago, the 1972 United Nations Conference on the Human Environment proclaimed that decision-makers require access to the best available scientific information to achieve effective environmental management (United Nations, 1972). To fill this need, various governments and inter-governmental partnerships have produced many state of the environment reports (SOEs), which present current scientific understanding regarding particular ecosystems in a language comprehensible by non-scientists.

As global environmental conditions have deteriorated over the past four decades, particularly due to advances of anthropogenic climate change, the need for decision-making to be informed by quality science has become increasingly urgent. But are decision-makers aware of the available scientific information that could support solutions to environmental problems? Are SOEs actually being used for their intended purpose? If not, what steps can be taken to raise awareness and encourage use of the reports in the relevant communities of practice? Answering these questions has become a growing concern (Wells, 2003) and, with environmental conditions projected to worsen in the near- and medium-future, time is of the essence in addressing this concern.

This research studied awareness and use of the State of the Scotian Shelf (SoSS) Report, a SOE produced by the Canada Department of Fisheries and Oceans and co-published with the Atlantic Coastal Zone Information Steering Committee. This comprehensive report covers the Scotian Shelf, an environmentally important section of the Atlantic Ocean off the coast of Nova Scotia noted for very active shipping traffic, richness in natural resources, and particularly high biodiversity. The report was planned as an evaluative support for the Eastern Scotian Shelf Integrated Management (ESSIM) Initiative. The SoSS Report was completed and published as a standalone product after the initiative came to an end, because the report was determined to be of considerable potential value to stakeholders and decision-makers along the Atlantic seaboard of North America. The report was produced in a modular, digital only format, consisting of an overview context document and a series of shorter focused theme papers rather than a single omnibus printed product. This study sought evidence of awareness and use of the SoSS Report, and aimed to develop recommendations for how awareness and use of current and future SOEs could be increased.

Mixed methods were used to determine awareness and use of the SoSS Report in the coastal zone management communities of practice, as well as investigate characteristics of the report’s usage. Web traffic analysis via Google Analytics and citation analysis provided quantitative evidence of awareness and use. Two audiences were invited to complete online surveys to evaluate readers’ opinions of the report’s value and determine the ways in which the report has been used. Further details about awareness and use were obtained from interviews with selected members of the ESSIM Stakeholder Advisory Committee, which was heavily involved in the report’s development.

The results confirmed evidence of awareness and use of the SoSS Report in the relevant communities of practice. The participants were generally satisfied with its content and format and their suggestions for improvements focused primarily on expanding the scope of the report in future editions. However, the survey and interview responses also confirmed that the extent of awareness and use had not reached their maximum potential.

A major finding of this study was that use of SOEs is a multi-faceted concept, much like the spectrum of uses described by Nutley, Walter, and Davies (2007). The participants identified a range of potential audiences as well as a variety of possible uses for such reports. Policy- and decision-makers, public advocacy groups, high school and university students, and industrial stakeholders in the Scotian Shelf ecosystem were noted as the audiences. Uses of the report include support for decision-making by public and private organizations, material for public education efforts, and the basis for research into environmental issues. These findings highlight the roles for SOEs in fulfilling various demands for scientific information that is comprehensible to lay-readers that may not otherwise be met. At the same time, the results emphasize the methodological challenge of assessing levels of information use since it can be very difficult to identify target audiences to survey.

The participants stated that lack of awareness posed a major barrier to use of the SoSS Report, with many noting that the absence of long-term promotion as a primary cause. They mentioned a range of potential venues could be used to promote the report, including social media sites, mainstream media outlets, and coastal and ocean related events. Since no single promotional method can assure that all potential users will be reached, an optimal promotional strategy should operate on multiple fronts. Some participants noted that simply promoting the report at the time of its launch is insufficient to maintain awareness. This view emphasizes that awareness should not be understood as a discreet event, where an individual becomes familiar with a resource and is thus permanently aware. Rather, awareness is a state of mind that must be maintained over time.

The study confirmed findings by Mitchell, Clark, and Cash (2006) that the engagement of stakeholders in the development of a state of the environment report enhanced its salience, credibility, and legitimacy in the eyes of stakeholders. The ESSIM Stakeholder Advisory Committee members believed that collaborating in defining the scope and purpose of the theme papers led to a greater degree of understanding among stakeholders of the issues and of the interests of their respective sectors. Furthermore, they also stated that their involvement in the development of the report resulted in information better suited to their needs, which they were more likely to use.

That the benefits of stakeholder engagement can extend beyond a report’s production was an unexpected finding in this study. Engaging stakeholders in ecosystem management through an integrated coastal and ocean management process can maintain awareness of a report and encourage stakeholders to use it in decision-making. This finding suggests a feedback loop exists between promotion of an SOE and stakeholder engagement. Achieving high levels of awareness and use, and therefore maximizing the value, of an SOE is a result of continuous work by both SOE producers and coastal managers.

To maximize awareness and use of SOEs, it is incumbent upon producers to sustain promotional efforts for these reports over time. It is not sufficient to simply promote them when first published. Several interviewees offered a simple idea that would take advantage of the SoSS Report’s modular digital format. Through a staggered schedule, some theme papers could be updated each year, and the entire report could be revised in a rolling five-year schedule. Such an approach for SOE projects would create opportunities for regular ongoing awareness building, as each updated component could be promoted on its release and thus awareness of the entire report could be maintained.

More importantly, SOE producers should strive to maintain stakeholder engagement following the development of such reports. Ideally, this engagement would occur within an active environmental management initiative, providing an obvious forum for stakeholders to put the SOE’s to use in advancing their interests and encouraging them to maintain awareness of the environmental issues. As Mitchell, Clark, and Cash determined, the salience, credibility, and legitimacy of environmental reports is strengthened by stakeholder involvement in their production. By maintaining awareness among key stakeholders, when new editions of a SOE are prepared, the content will likely be developed with due consideration of the information needs of those individuals and organizations.

Given the grave environmental challenges facing human society today, it is more important than ever to understand how scientific information can best be brought to the attention of policy- and decision-makers. Developers of SOEs, and other similar information products, should recognize that the use of these resources will be strengthened by sustained communication efforts. If SOE producers conceive of awareness as a discreet event that occurs during a brief promotional period at the time of a report’s publication, the reports may languish unused. By treating promotional and stakeholder engagement initiatives as continuous processes and seeking to maintain rates of awareness and use over time, SOE producers will be more effective in raising awareness and use of these important information resources by various users and stakeholders, and ultimately contribute to more effective global environmental management.

United Nations. (1972). The declaration of the UN conference on the human environment. Retrieved from http://www.unep.org/Documents.Multilingual/Default.aspdocumentid=97&articleid=1503

Wells, P.G. (2003). State of the marine environment reports – a need to evaluate their role in marine environmental protection and conservation. Marine Pollution Bulletin, 46(10), 1219-1223. Retrieved from ScienceDirect.

This blog post is a summary of a Master of Library and Information Studies thesis completed in April 2015.