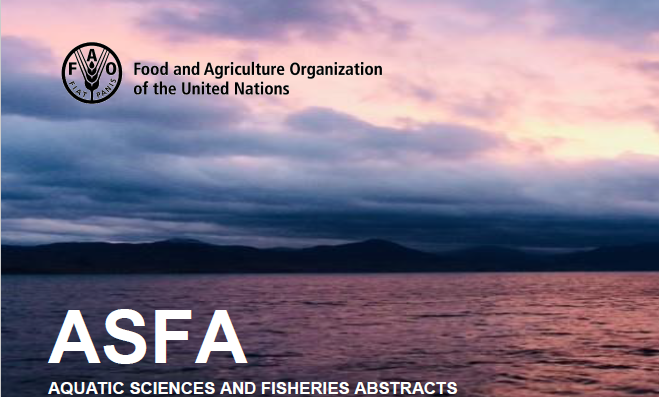 Without any doubt, the oceans, which cover 71% of the globe, are vitally important, environmentally, economically, socially, and culturally. Unfortunately, many indicators emphasize that the health of the oceans is in very serious jeopardy today. To address this pressing global issue, researchers, managers, and decision-makers need access to current, accurate, and reliable information. Evidence-based policies and practices for responsible use of the oceans, including sustainable fisheries and aquaculture, depend on timely availability of relevant information. For almost 50 years, the Aquatic Sciences and Fisheries Abstracts (ASFA) has been documenting the growing body of primary and grey literature publications about marine sciences, fisheries management, and aquaculture. Now containing over two million records, ASFA is a substantial international resource supported by the Food and Agriculture Organization of the UN and partner organizations around the world. The global vendor, ProQuest, provides access to ASFA by subscription.

The rapid growth in the volume of information and massive developments in information technologies over the past quarter century has transformed the information landscape. Usage of resources, like ASFA, built on an architecture that may no longer be suitable in today’s information environment, has plateaued or declined. In the context of widespread use of Google and other information discovery systems, questions arise about the future of ASFA. Do ASFA’s declining royalties, which are based on usage, suggest that the database needs to be redesigned and the delivery mechanisms be revised to meet the expectations of users? Should the financial model and the editorial infrastructure of the database be modified?

This research was carried out as part of a larger impact evaluation. The project focused on understanding recent usage of the database and determining the perspectives of subscribers and marine and aquatic science information professionals. Longitudinal data and Google Analytics data, provided by ProQuest, were analyzed to determine usage and subscription trends. World Bank data were included in the analysis to ascertain whether usage of the database is related to fisheries production, GDP, and the population of countries. With ProQuest’s assistance, a survey of ASFA subscribers was conducted to gain an understanding of their views about the database. In addition, aquatic and marine science librarians around the world were interviewed to learn about their perspectives about ASFA and similar databases and to gain insights from their observations about changes in information seeking behaviour.

The longitudinal data for the years 2012 to 2017 confirmed that academic institutions, particularly colleges and universities, are the primary organizations subscribing to ASFA. Subscriptions by community/technical colleges and non-PhD granting universities showed substantial growth over the same period, and in 2017 academic institutions accounted for the top three types of subscriptions. At the country level, the largest number of subscribers are located in the United States, Brazil, and China (including Taiwan). From 2012 to 2017, a decline in subscriptions occurred in two regions (Australia and the Pacific, and Europe). While academic institutions are the primary subscribers, staff in government organizations access the database at higher rates than users in all other types of organizations.

Although the number of subscribing institutions increased considerably between 2012 and 2017, usage itself did not. ProQuest’s marketing strategies may account for the seeming disconnect of the rise in subscriptions without a corresponding increase in usage. ProQuest’s practice of offering bundles of databases may mean that access to ASFA is acquired by institutions, such as public libraries, where patrons are less likely to be interested in ASFA than users in academic or governmental settings. 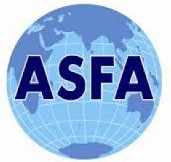 Analysis of the Google Analytics data illustrated how users interact with ASFA, which was corroborated by responses to the survey and the interviews. The Google Analytics data shows both an increase in the length of time individual users spend in the database, year over year, and an increase in their activities within the results page. This data suggests that use of ASFA’s basic search feature more than the advanced search option may reflect a larger trend. The growing prevalence of “Google-like” search features in many information products may be influencing information-seeking behaviour. The survey and interview participants noted that users now expect information to be accessed quickly and they have become accustomed to a single search box with few filters to separate or exclude potential results. One survey respondent stated that “finding something fast is enough” to satisfy many searchers. Google’s proprietary search algorithms that are subject to search engine optimization efforts can skew results. This outcome can also occur in other search platforms influenced by Google’s search features. Thus, recent changes in searching behaviour could mean that the benefits of ASFA’s architecture, e.g., well- established metadata vocabulary, are overlooked.

Both the survey and interview participants emphasized that cost is a major factor in decisions about renewal and cancellation of database subscriptions. Notably, though, the GDP of the countries selected for analysis in this study does not appear to be a reliable indicator of why subscriptions change. In addition, the other World Bank indicators included in the analysis did not show a consistent relationship with the number of subscriptions in a country or usage patterns. 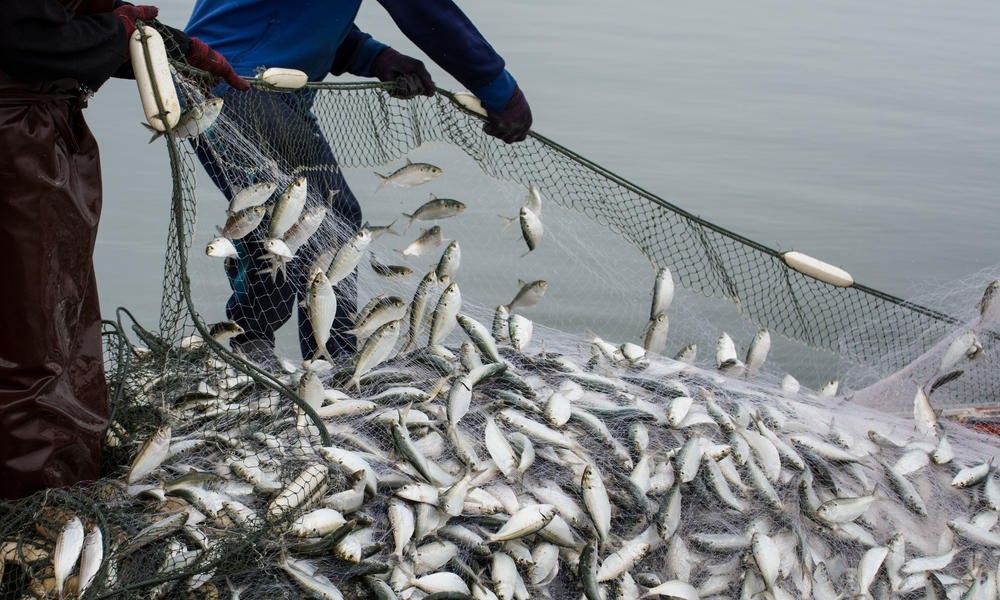 The survey and interview participants and literature consulted in this study identified a number of ASFA’s key strengths. Many commented on the important role that ASFA fulfills in overcoming barriers to the use of grey literature by providing bibliographic information about this material, which is typically absent in many other discovery tools. Grey literature can be particularly important in marine policy development, as governments frequently commission studies and governmental agencies publish reports as grey literature in the process of creating new guidelines, regulations, or policies. One survey respondent stated that students and faculty rely on locally produced grey literature, which ASFA helps to identify. A search in Google Scholar, for example, shows that on average in the five-year period, 2013 to 2017 inclusive, ASFA was cited 179 times per year in studies that used the database to identify relevant literature globally. A 2018 paper published in Marine and Freshwater Research, illustrates this point. The authors specifically mentioned using ASFA to search for grey literature because the database provided “flexible advanced search options, allow[ed] complex Boolean operators and export search results” (Miller et al. 2018). The controlled indexing vocabulary is an important component of the ASFA architecture.

While emphasizing the strengths of ASFA, the survey and interview participants also identified areas where the database is not meeting current user expectations. The lack of full-text access to publications led the list of weaknesses. Although ASFA provides full-text access to some publications, such access is not consistent. The lack of full-text access to research journals is not unique to ASFA, however. Subscribing organizations can invest in link resolvers that direct users to the full-text copies of publications, when the organizations have also purchased licenses to the journals. But, the annual cost of link resolvers, as well as implementation and maintenance costs, may be outside the financial resources of ASFA subscribers.

The survey and interview participants stated that the possible closure of ASFA would negatively affect both them and users at their institutions for a variety of reasons. They emphasized that a closure would result in a loss of information available to researchers globally. While international repositories are available, such as Aquatic Commons and Ocean Docs, they lack the coverage ASFA provides and are focused more on storing materials than on providing a systematic description of information to support awareness and access. According to one survey respondent, a local affect could also occur: “Researchers would be much less aware of the existence of locally produced publications.” Closing ASFA would force searchers to rely more heavily on Google, Google Scholar, or non-subject specific databases, which would typically mean less effective searching and discovery. The survey and interview respondents gave particular attention to the disproportionate effect that closure of ASFA would have on users at smaller institutions and developing countries. Even larger institutions paying close attention to the costs of information resources could be affected negatively by the demise of ASFA.

Based on the study’s findings, I made the following recommendations:

This study confirmed that ASFA is a unique resource for aquatic sciences and aquaculture, containing a large and growing volume of information on a diverse range of publications generated globally. To continue to be relevant within the evolving global information landscape, ASFA must also evolve, building on its current strengths.

Staff of the ASFA Secretariat (FAO, Rome) and ProQuest provided very helpful assistance with this research project. Marine science librarians and ASFA subscribers around the world contributed to the results of this study.