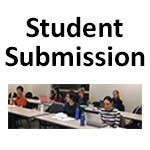 Research about the science-policy interface makes abundantly clear that gaps can exist in understanding between researchers and policy and decision makers. It is, therefore, critical to understand the pathways and flow of information in this context, and determine reasons that create the gaps. Without clear communication among the various parties working at the science-policy interface, sharing ideas will be difficult and efforts to bring about change may falter. Several factors may influence the communication of research and how an audience will absorb, interpret, and eventually use the information. Individually, any single factor may have a minor impact on the information environment, but in combination the terrain becomes increasingly complex and difficult to navigate. These factors can be distilled into either enablers or barriers to communication, and research in adult learning, organizational learning, knowledge transmission, and cultural influences of information flow have sought to highlight good communication enablers as well as important barriers.

In their review of psychological frameworks with which education is understood and theories that pertain to adult learners, Sandra Nutley, Isabel Walker, and Huw Davies provide an excellent outline of theories of learning for both individuals and institutions. Although they offer reasonable detail on the subject, the crux of their argument is that “adult learning theories generally view knowledge acquisition as an experience-led and socially constrained process which can be stimulated through exposing individuals to new experiences and providing them with opportunities for critical reflection” (Nutley, Walker, & Davies, 2007, p. 161). Organizational learning is an emergent field, which “builds on past knowledge and experience and thus depends on organisational mechanisms for retaining and deploying knowledge” (p. 163). They note, though, that “the learning organisation probably has to be realized from within, rather than imposed as a given architecture from outside” (p. 166). Organisational learning relies, therefore, on moving an individual’s knowledge beyond a singular learning experience to incorporating it into the larger organisational consciousness, often through information management systems and collaborative learning processes.

Not only is the way that individuals and organisations learn important for understanding communication pathways, but the way the information is framed can have significant impact on the manner information is perceived and ultimately used. Even within an individual organization, cultural variants may exist between “levels” (i.e., between scientists and managers), which can prove resistant to effective communication. When integral differences occur in what each party considers acceptable evidence and appropriate sourcing, conflicts inevitably arise. This point is highlighted by Alyn Delaney and Jonathan Hastie whose research showed managers pressing for “best guesses” from scientists when they had no predictive data about cod stocks, and the scientists resisting to provide unfounded information (Delaney & Hastie, 2007). In this scenario, the values and priorities of the parties were at odds, even though they are members of the same organisation and committed to the same outcomes. Understanding of what was credible and acceptable in a discussion of policy was markedly different between the two parties, and the juxtaposition was a source of conflict and a barrier to communication and to policy development. To mitigate the negative effects on communication, cultural awareness of the two camps should be promoted among both research scientists and managers, and efforts should be made to promote collaborative efforts rather than combative interactions.

When disseminating information outside an organisation, the impact of cultural differences can be even more significant than dissonant internal work relations. Cultural perceptions, whether based on locale, profession, religion, gender, or other factors, can influence the types of information individuals (and by extension an organisation) deems “believable” and acceptable to their understanding of the world. This situation is not a matter that can be remedied easily with additional education or improved communication since “cultural cognition also causes people to interpret new evidence in a biased way that reinforces their predispositions. As a result, groups with opposing values often become more polarized, not less, when exposed to scientifically sound information” (Kahan, 2010, p. 296). If an organisation encounters opposition in its attempt to promote research or a particular policy based on research, it could examine where opposition is coming from and cater to the faction(s) by providing credible experts and voices who relate to the group(s). The “experts whom laypersons see as credible,” Dan Kahan and fellow researchers have found “are ones whom they perceive to share their values” (Kahan, 2010, p. 296). This finding indicates that the source of the research may not necessarily be the most salient feature when people consider credibility (although it is, of course, still relevant); instead, the perceived values attached to the research, and the way that the information fits with their understanding of the world may be more important. Providing a variety of endorsements for traditionally polarizing policy issues may result in a more balanced consideration of the information, rather than having it dismissed out of hand.

Developing research-based policy is a process that is not without difficulties; none of which are easily remedied. Understanding the main barriers to clear communication and some of the ways in which communication may be facilitated are small steps in streamlining the process. By optimizing individual and organizational learning, balancing differing cultural expectations, and recognizing inherent biases within the systems at work, the communication web may work more efficiently. When the science-policy interface is functioning efficiently, it provides policy makers with the best information possible with which to make their decisions, and ultimately this scenario will be beneficial to all stakeholders.