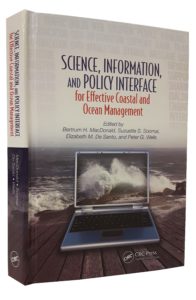 Is scientific information useful to non-scientists? The Environmental Information: Use and Influence research program (EIUI) has its roots in a series of questions asked by co-founder Peter Wells in a 2003 Marine Pollution Bulletin editorial: “What have been the overall benefit of [state of the environment] reports? … Do such reports have long term value?” (p. 1220). During the nearly 15 years that EIUI has been investigating these and other questions, there has been a growing, widespread awareness that more needs to be done not just to produce scientific information that can be read and assimilated by policy- and decision-makers and the interested public, but also to measure the success of this information in reaching its intended audience and its impact on policy and environmental outcomes.

Who (If Anybody) Reads State of the Environment Reports?

The findings have not always been encouraging: a 2014 meta-analysis issued by the World Bank, for example, found that nearly one-third of the PDF reports the organization had made available on its website had never once been downloaded, with another 40% downloaded fewer than a hundred times and fewer than 13% exceeding a total of 250 downloads (Ingraham, 2014). Yet, these statistics may not be as bleak as they seem, since the impact of a particular piece of information may depend as much on who is reading it as it does on how many people are reading it. At the same time, as Ingraham (2014) notes, these statistics likely do not capture the full scope of the readership of the reports, as documents are likely to be further distributed by the individuals who download them.

An EIUI study of the use of the State of the Scotian Shelf (SoSS) Report—a modular state of the environment report produced by Canada’s Department of Fisheries and Oceans—affirms both the grey cloud and the silver lining. What statistics could be gleaned from the primary hosting page of the SoSS Report suggested that just over 2000 unique visitors had accessed the landing pages for the report in three years following its publication, with no clear indication of which, or how many (if any!), of the modules these users had downloaded. At the same time, survey and interview participants affirmed multiple uses of the report, and emphasized that such reports can serve an array of interests for a variety of potential audiences (not restricted to the standard “policymaker uses report to directly inform policy” usage). Educators and students identified the report as a useful classroom tool for marine and environmental resource management students. Community activists argued that such reports are a prerequisite for an educated citizenry that can fully engage in participatory democratic efforts. Even industry stakeholders, assumed by other participants to have a low level of interest in such reports, stated that the baseline ecosystem information they contain is indispensable, since private companies are unlikely to fund their own fundamental environmental research, and would choose instead to proceed “blind” in the absence of credible information provided by the government.

Benefits of the State of the Environment Reporting Process

In his 2003 editorial, Wells advanced the argument that the process of state of the environment reporting may be as, or more, significant than the actual product, by acting “as a focal point for information exchange, program coordination and collaboration, and cooperation of all kinds” (p. 1222). Extensive investigations by the Global Environmental Assessment project provide support for this thesis, concluding that active engagement of stakeholders in the state of the environment reporting process can improve users’ perceptions not only of the salience of the report (since users are well positioned to identify what information is relevant to their needs), but also its legitimacy and credibility (Mitchell, Carter, & Cash, 2006).

Members of the Eastern Scotian Shelf Integrated Management (ESSIM) Initiative’s Stakeholder Advisory Committee (SAC) affirmed the benefits of stakeholder involvement in the drafting of the SoSS Report during interviews conducted as a part of EIUI’s study. Members noted that participation in SAC activities not only increased the salience and legitimacy of the report in their eyes, but also provided opportunities for networking and trust-building between stakeholders, creating the groundwork for future cooperation between nominally opposed interests. Notably, several committee members argued that the value of the SoSS Report would have been increased had the SAC, which disbanded after the Department of Fisheries and Oceans decided not to proceed with the implementation of ESSIM, continued its involvement in the active management of the Scotian Shelf Region.

How Can the Value of State of the Environment Reports Be Maximized?

In Science, Policy, and Information Interface for Effective Coastal and Ocean Management, the editors argue for greater coordination between academics studying the science-policy interfaces and policy- and decision-makers acting at them, and several reviewers have taken up this call. Both parties are well aware of the benefits of active stakeholder engagement in the process of generating reports; the results of our study and the experience of ESSIM stakeholders generally suggests that ongoing engagement of stakeholders, whether through integrated management initiatives, report updating processes, or other activities, has the potential to greatly increase the awareness and use of state of the environment reports and other information resources. Recently, researchers have begun to emphasize the potential value of ongoing engagement. Discussing the role of assessment reports in developing climate change adaptation strategies, Howden and Jacobs (2016) argue that best practices should move beyond a model that engages stakeholders only at the starting point of “evaluating adaptation models,” and instead continues to engage them through the “‘monitor and evaluate’, ‘identify risks’, and ‘revise strategy’ stages” (p. 161).

Policy-makers, decision-makers, and other producers of state of the environment reports should take affirmative steps towards developing processes to continually engage stakeholders, not only when reports and management plans are initially developed, but through the implementation/publication and evaluation/revision stages. Moreover, in recognition of the range of potential audiences for these reports, report producers should devise strategies to engage potential audiences that fall outside of the traditional definition of ecosystem stakeholders, particularly educators. The potential always exists for state of the environment reports and other environmental assessments to become “dead” documents, sitting neglected on unvisited websites. Ensuring the ongoing value of these report demands treating them as “live” entities, rather than one-and-done publications.

The individual book chapters are available from the publisher’s website: Chapter 12

Ingraham, C. (2014, May 8). The solutions to all our problems may be buried in PDFs that nobody reads. The Washington Post. Retrieved from https://www.washingtonpost.com/news/wonk/wp/2014/05/08/the-solutions-to-all-our-problems-may-beburied-in-pdfs-that-nobody-reads/