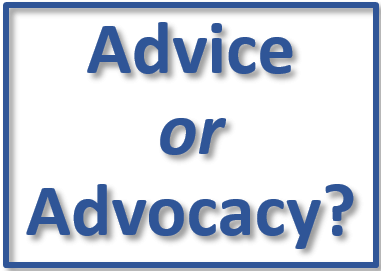 Undeniably, communication at the science-policy interface can be affected by numerous factors and in some cases result in controversy. Most scientists believe their primary role in research is to explore, discover, and analyze the world around them and to publish their findings. In contrast, the public may believe that scientist’s primary role, in general, is to educate society about their research (Sarewitz, 2014). However, the public often lacks scientific training which makes the task of translating science into layperson’s terms challenging. Concerned scientists believe that that if they simplify the scientific language about their work they may lose creditability among their peers. Furthermore, the time to translate research discoveries into a publically understandable format can be extensive, time that could be spent conducting new research and advancing scientific careers. Regardless of these challenges, policy and decision-makers assert that scientists need to communicate their findings effectively to the public and decision-makers, if appropriately informed decisions are to be made (Lalor & Hickey, 2013; Gewin, 2014; McNie, 2007). The question is how can scientists find a balance between effectively communicating their findings to the public and policy-makers while safe guarding their credibility within scientific circles?

Scientific communication is a skill and there is a fine line between effectively communicating scientific information to policy makers and advocating for political change. Science advocacy can be defined as crossing that line into political action. One author suggested that a science advocate is someone who is “more interested in the impact of policy than in doing sound science” (Rice, 2005, p. 266). Science advocates often deemphasize the complexities and uncertainties surrounding environmental issues leading to the simplification of “wicked” problems (Gewin, 2014; Jentoft & Chuenpagdee, 2009; Lalor & Hickey, 2013; McNie, 2007; Rice, 2005). Because of the concerns about scientific advocacy, scientists themselves are concerned that advocacy could be deleterious to scientific credibility.

Scientists are usually passionate about their research and it can be difficult to avoid “advocacy science,” especially when political debate often promotes the idea that the loudest voice wins. However, science aims to be an unbiased process when done right, which lends to its credibility. Entering into the political fray presents the risk of becoming biased and losing that credibility, a consequence which would be felt by the whole scientific community not just the researcher who has accepted the risk. “Science has its privileged access to policy and decision-making because it strives to be impartial and objective” (Rice, 2005, p. 268). If science were to enter the political arena regularly, it would become simply one more interest group at the decision making table. Furthermore, if science were to continuously enter the political debate and be subject to the same popular vote as other political entities, it would risk losing to more popular arguments and could become disregarded in subsequent policy decisions (Rice, 2005). Effective communication can be a way to avoid ‘”advocacy science”; however, effective communication requires considerable skill.

Some scientists are very proficient public educators; others need to develop a wide range of communication skills such as the ability to translate their research into information that is perceived to be salient, credible, and legitimate (McNie, 2007). Scientists may avoid public outreach due to the difficulty to communicate in a comprehensive and unbiased way. However, public outreach is essential if comprehensive evidence-based decisions are to be made. Therefore, scientists have a responsibility to inform society about their findings (Sarewitz, 2005). One way to encourage outreach is to inform scientists about the criteria politicians apply when using scientific information in decision-making. When scientists learn how to present their research in decision-making processes there is greater likelihood that the information provided will be used to inform policies. First, decision-makers look for easy to understand information. Second, they require information that is concise or to the point. Third, decision-makers look for scientific information that is ”seemingly” free of opinions, meaning that the research should appear to be unbiased. Fourth, decision-makers seek information/recommendations that include a range of policy options and lastly, they search for publicly available and easily accessible information (Lalor & Hickey, 2013).

Most of the literature on the advice vs advocacy topic suggests that scientists are responsible for distributing and communicating their research discoveries to the public. In contrast, a recent case highlights a politician taking the initiative to reach out to the scientific community. In California, Governor Jerry Brown contacted two scientists (Anthony Barnosky and Elizabeth Hadley) urging them to translate their findings on global climate change into a document that politicians and other decision-makers could use to better understand the implications of climate change for society. Forty-six pages, 3,300 endorsement signatures, and 21 iterations later Barnosky and Hadley had drafted a consensus statement on maintaining human life support systems in the 21st century. They labeled their work in public outreach ”information advocacy,” claiming that it offers politicians advice on scientific issues, but does not call for particular political action. Both Barnosky and Hadley stated that the main lesson they learned was that “scientists can reach a point in their careers when they decide, in a world of limited resources and time, to focus on making a difference” (Gerwin, 2014, p. 404).

The end point of scientific endeavor is not publication, despite the “publish or perish” mantra of academia. Researchers have a responsibility to inform society about their work through public outreach, or as Hadley and Barnosky called it, “information advocacy.” Scientists should not enter the political fray as advocates, but they should learn to communicate their findings effectively. At the same time, the public, especially decision-makers, is responsible for becoming more science literate. “When scientists and knowledge users understand one another’s evolving capabilities and needs, resources can be allocated more effectively, and knowledge can be tested for reliability and used more efficiently” (Sarewitz, 2013, p. 595). In other words, an increase in effective communication by both scientists and decision makers can lead to comprehensive evidence-based management for the betterment of society.

McNie, E. (2007). Reconciling the supply of scientific information with user demands: An analysis of the problem and review of the literature. Environmental Science & Policy, 10, 17-38.