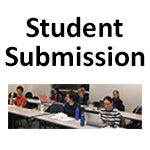 The failure thus far of the Canadian government’s efforts to promote Gardasil, a vaccine against human papillomavirus (HPV), the leading cause of cervical cancer, carries important lessons for advocates of evidence-based policy-making. The Public Health Agency of Canada’s 2006 approval of Gardasil was the culmination of a policy-making process that prioritizes evidence over political concerns. In concert with the National Advisory Committee on Inoculation, the Public Health Agency determines Canadian vaccination policy based on extensive independent scientific trials, insulated from the influence of politicians, drug company lobbyists, and other advocates. In theory, this focus on credible scientific evidence should have led to an optimal policy outcome: a vaccine’s safety and efficacy verified, the public informed, and HPV eventually gone the way of polio. Yet, as of 2012, rates of uptake for the vaccine have been disappointing: for instance, in Ontario, 40% of eligible school-aged girls had not received the vaccine (Leung, 2012), a rate that experts believe is inadequate to achieve herd immunity. How did a policy-making process structured to make scientifically credible policy fail to convince the public of its value?

At the time of Gardasil’s approval, the reaction of the medical community was overwhelmingly positive, and early media coverage followed suit. The prevailing mood of the medical community was aptly represented by Dr. Simon Sutcliffe, then-head of the Canadian Strategy for Cancer Control, who declared that with regard to HPV and cervical cancer “[t]he issues are no longer medicine and science… They are practical, logistical, and ethical issues of population vaccination” (CBC News, 2006, para. 10). Notably, Sutcliffe did not list “political” issues among the remaining obstacles to a successful vaccination program: as conventionally understood, the political process was over as soon as the Public Health Agency made its decision. Unfortunately, perhaps because it relied too much on its own inherent credibility, the Public Health Agency did not anticipate the importance of effectively communicating the scientific process behind its decision to the public. Cut off from the policy-making process, citizens and interested groups had one method by which to influence the policy outcome—the decision of whether or not to receive the vaccination—and too often they decided to decline Gardasil.

The article in question, Cathy Gulli’s unsubtly titled “Our Girls Are Not Guinea Pigs,” was a masterwork of 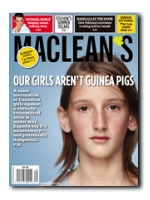 propaganda. Refining the techniques of anti-vaccination websites, it combines crude emotional appeals with a careful framing of anecdotes of supposed averse reaction to Gardasil, with the aim of sowing doubts in the safety of the vaccine. For instance, the article opens with Gulli describing a case of a supposed adverse reaction to Gardasil, while declining to explicitly state that Gardasil was responsible for the girl’s reaction. Instead, Gulli allows a parent to claim that the young woman’s illness must have been Gardasil related because they “know of three other students to have reactions” (Gulli, 2007, para. 1), implying causality while maintaining a plausible claim to journalistic objectivity. The following passage is indicative of Gulli’s general tone:

In almost every instance, the response of medical authorities and government officials is the same: bad reactions are rare. When they do occur, there’s no evidence that Gardasil was the cause. Arguably, both points could be true. Some say the problem, however, is that no one really knows, medically speaking, just how dangerous this vaccine could be. (Gulli, 2007, para. 3)

Throughout this article, published in Canada’s leading news magazine at a critical point in Gardasil’s introduction to the public, Gulli repeatedly implies, or allows others to imply, that Gardasil was inadequately tested, approved only due to undue pharmaceutical industry influence, and posed a murky, undefined threat to young Canadian girls.

While the Public Health Agency of Canada saw fit to respond to Gulli’s article, the response was not aggressive. In a letter to the editor of Maclean’s, then agency-head Dr. David Butler-Jones (2007) reiterated the government’s confidence in the trial process applied to Gardasil and denounced Maclean’s for using vague implications of doubt to create fear in the population and damage the government’s public health initiative. Gulli was given editorial space to respond to Butler-Jones and defend her work. The pull quote chosen as the headline for Butler-Jones’ piece was “It is impossible to remove all doubt” (2007), placing emphasis once more upon the uncertainty inherent to the scientific method in order to sow confusion and control the narrative. Materials provided on the Public Health Agency’s website also feature a measured response to the anti-vaccination movement’s allegations, with one fact sheet flatly stating “the vaccines are safe” (Public Health Agency of Canada, 2012c, para. 21). However, these are passive resources that must be sought out by a user, and they rely on the government’s inherent credibility to support the claim that the vaccines are safe, rather than by debunking the anti-vaccination movement’s arguments.

The damage done by the government’s ineffective communication can be seen in the altering tone of media coverage of Gardasil following the publication of Gulli’s story. Where articles on the subject had previously hailed Gardasil as a cancer vaccine, and quoted exclusively legitimate experts speaking positively about the prospect of eliminating cervical cancer as a cause of death, subsequent reporting highlighted the controversy. A notable example is the CBC News piece “The Debate over HPV Inoculations” (2009), which presented news of an expansion of the approved age-range for Gardasil receipt by devoting extensive space to allegations of suspicious marketing practices by Merck Frosst, statistically contextless stories of adverse reactions, and cautions about the alleged potential inefficacy of the drug. Even a brief CBC News (2011) article discussing Quebec’s expansion of its vaccination program counter-balances a factual announcement with a reminder that parents may fear for their children’s safety after receiving Gardasil, without any evidentiary discussion of whether these fears are founded. Even as recently as 2012, The Globe and Mail framed a story about vaccination rates not around public health concerns, but around parents’ fears for the safety of their children (Leung). Clearly, the anti-vaccination movement’s efforts, with timely assistance from Cathy Gulli and Maclean’s magazine, were able to strongly influence the mainstream media narrative, and by extension the public debate, regarding Gardasil and HPV inoculation.

While many factors undoubtedly influence the outcome, including cost and availability for post-school age eligible individuals, it is reasonably clear that the agency failed in its attempts to communicate the rationale of the policy to the public. By not responding sufficiently to attempts to sow disinformation into the mainstream media, the agency lost control of the narrative and allowed unfounded and unscientific fears to proliferate from the fringes of discourse throughout the populace.

The case of the Gardasil rollout provides a valuable lesson to all attempts to promote evidence-based policy-making: no matter the extent of expert control over policy decisions, and no matter the extent of sound scientific evidence to make these decisions, effective communication to the public regarding the rationale behind policy decisions is essential to ensure optimal policy outcomes. Even if a decision-making process is entirely insulated from the traditional processes of political influence, means remain for dissatisfied stakeholders to affect outcomes through non-traditional political means. Providing passive access to anodyne, objective information, as the Public Health Agency of Canada undeniably did, is insufficient to ensure that that information reaches the public, particularly in the face of controversy in the media, manufactured or otherwise. Effective communication must be considered central to the success of any policy initiative that requires buy-in from the public.

Leung, W. (2012, October 16). Why some parents still won’t give their daughters the HPV vaccine. The Globe and Mail. Retrieved from http://www.theglobeandmail.com/life/health-and-fitness/health/why-some-parents-still-wont-give-daughters-the-hpv-vaccine/article4616841/